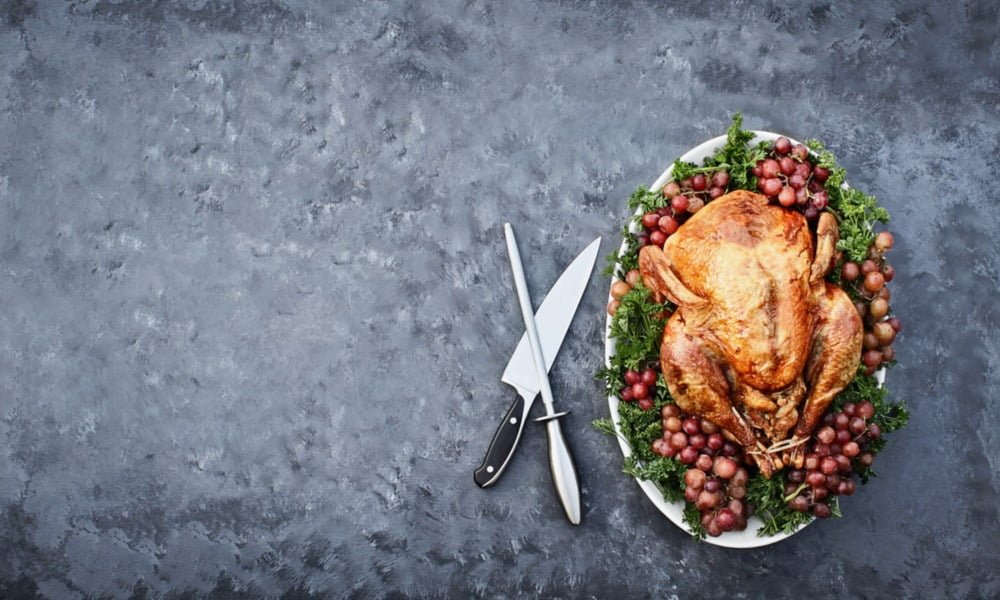 If you often resort to the oven to make dinner, there may come a day when your oven inevitably breaks down. And while unlikely, that day just might happen to be Thanksgiving Day. But don’t panic yet. Although oven has left you hung out to dry, there are plenty of other cooking appliances that have your back.

With all the pandemonium surrounding Thanksgiving dinners, you’ll definitely want to avoid all the scrambling and having to MacGyver your way to serving up the perfect turkey. Instead, familiarize yourself with these incredible ways on how you can cook your turkey without an oven. They taste just as great!

Yep, poaching. Obviously, this will require a freaking large pot, but it’s totally doable. Place your turkey in the pot and add cold water until it entirely covers the bird. Bring to a boil over medium heat before cooking it on low heat. At this point, you can add your usual stock ingredients like carrots, celery, onion, and herbs. The general cooking guideline is twenty minutes for every pound of meat. Not only will your turkey be tender and juicy, you’ll be left with an amazing pot of rich broth.

If the weather works out, why not pull out your barbecue equipage? This method will provide the closest result to an oven-roasted turkey, and it’s much less hassle than it sounds. Simply place your turkey in a roasting pan on your grill with the lid down and cook for about 1.5 hours for a ten pounder. This method works better without any stuffing to ensure that the meat is cooked thoroughly.

Unsurprisingly, deep-fried turkey is actually a Southern tradition. And it’s so delicious that you might just find it worthwhile clogging a few arteries for. Deep frying a turkey is no easy task, however, and it does require caution. Most of us don’t have a restaurant-style deep fryer, so a stockpot-and-propane setup is probably the next best thing. You’ll have to hook the bird up to a lifter and slowly submerge it into the stockpot of boiling oil. It’s definitely the fastest method, as it takes only 3-4 minutes per pound to be fully cooked.

Think you have the expertise to sous-vide an entire turkey? It’s a feat worth putting on your culinary resume, that’s for sure. You’ll need a smaller bird and a large sous-vide bag. Start by making a jus with herbs, onions, celery, carrots, and chicken stock, then place the turkey in the sous-vide bag before emptying the jus into the cavity of the bird. Vacuum seal the bag and place into the water bath for 1 hour at 185℉ then cook for 5 more hours at 170℉ for a ten-pounder. You’ll be left with a delicious stock that you can set aside to make gravy later on, and a fully cooked turkey!

Most of these are definitely unconventional, and would require a lot more work than oven roasting a turkey, but just in case the oven is not cooperating, you’ll know where to go. Do you have any last-minute tips to salvage a plummeting Thanksgiving dinner?

Arianna is SPUD's social media and content manager. She loves plants and animals and lives with several of both. Contrary to popular belief, she does NOT hate rice.

Approximately 50,000+ children and youth were living in poverty in Calgary before the pandemic hit.…