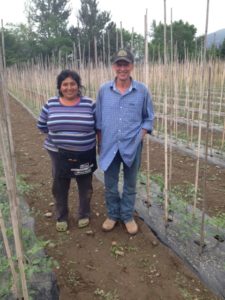 Since 1997, Art and Lina Nugteren have been growing organic produce in the Similkameen Valley in the British Columbia interior. Their family farm is located near Cawston and has a variety of crops, including potatoes, peas, cauliflower, broccoli, cabbage, beans, tomatoes, peppers and winter squash.

Lina’s Garden has been certified organic since 1997.

Why are vegetables so expensive?

Our Produce Expert Weighs in… If you’ve been to the supermarket, you will have noticed…